Crockpot Stuffing is perfect to free up the oven for Thanksgiving dinner! Cornbread stuffing, potato bread, celery, and sage – such an easy side dish! 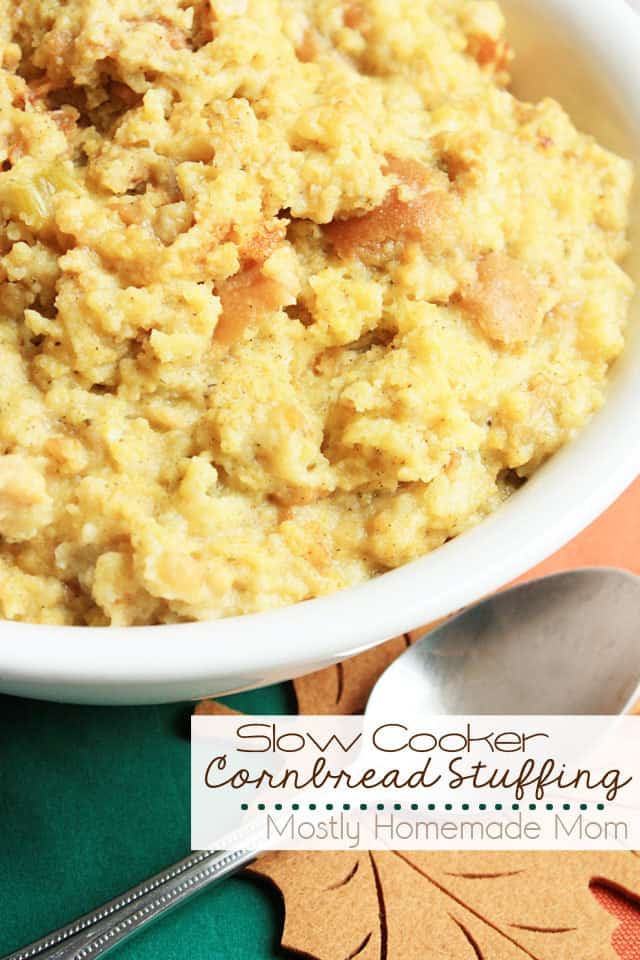 Oven space is always limited during Thanksgiving and Christmas dinner preparations! This crockpot stuffing is perfect for freeing up valuable oven space for the turkey or other side dishes that also need to bake. Plus, it’s ready when you are!

How long do you cook stuffing in the Crockpot?

For this recipe, slow cook the stuffing on low setting for 4 hours. This is a perfect recipe for a Crockpot with an automatic “keep warm” function! This is actually the one I own and it’s going on 4 years now and works really well! 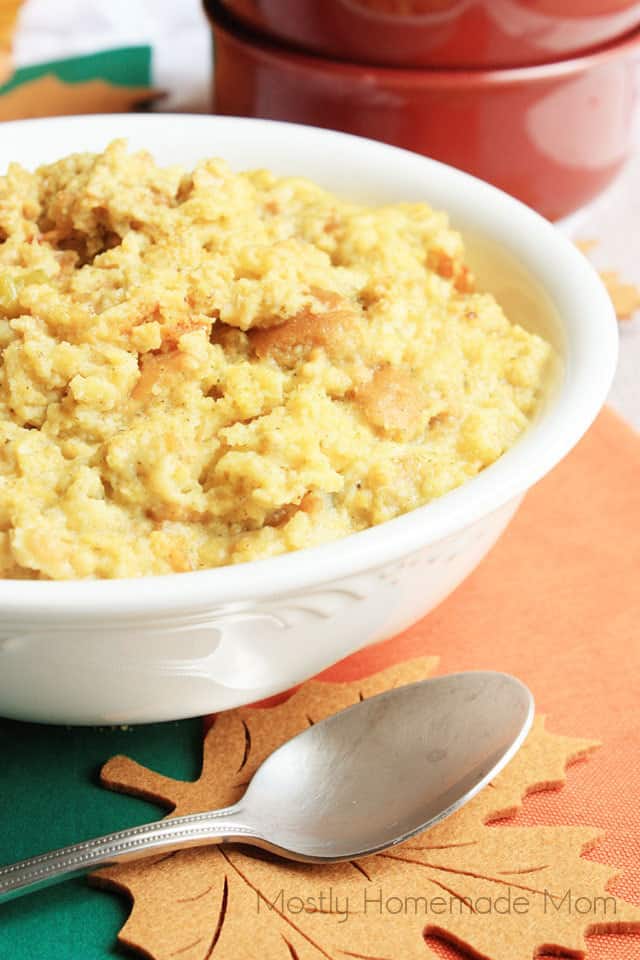 What kind of stuffing mix is used in this recipe?

I use the store-brand “Stove Top” cornbread stuffing mix, usually from Aldi. I find the store brand versions of stuffing mix are just as good as the name brand!

How to make crockpot stuffing:

Prepare the stove top stuffing mix according to package directions and transfer to the Crockpot. 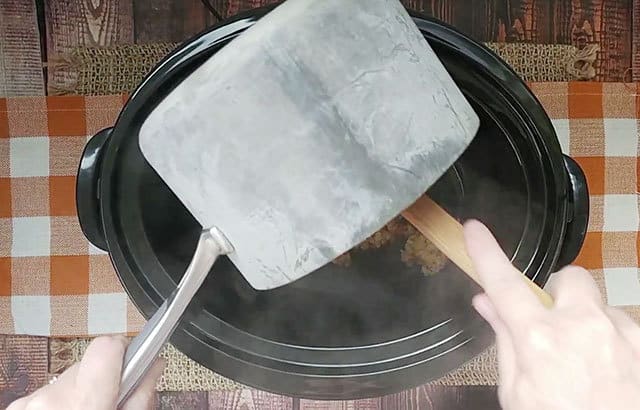 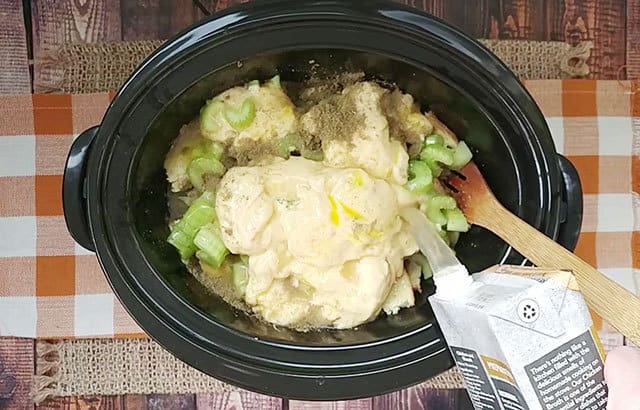 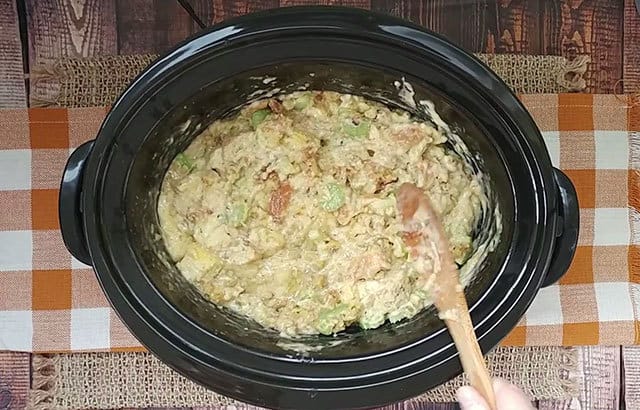 Can you freeze crockpot stuffing?

If you have leftover crockpot stuffing, you can definitely freeze portions for later. Just be sure to cool the stuffing completely before transferring it to a freezer container and freezing.

Other side dish suggestions:

If you liked this recipe for Crockpot Stuffing, please leave a comment and a rating below this post!

Did you make this recipe?
Leave a review
4.34 from 6 votes