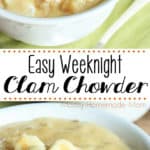 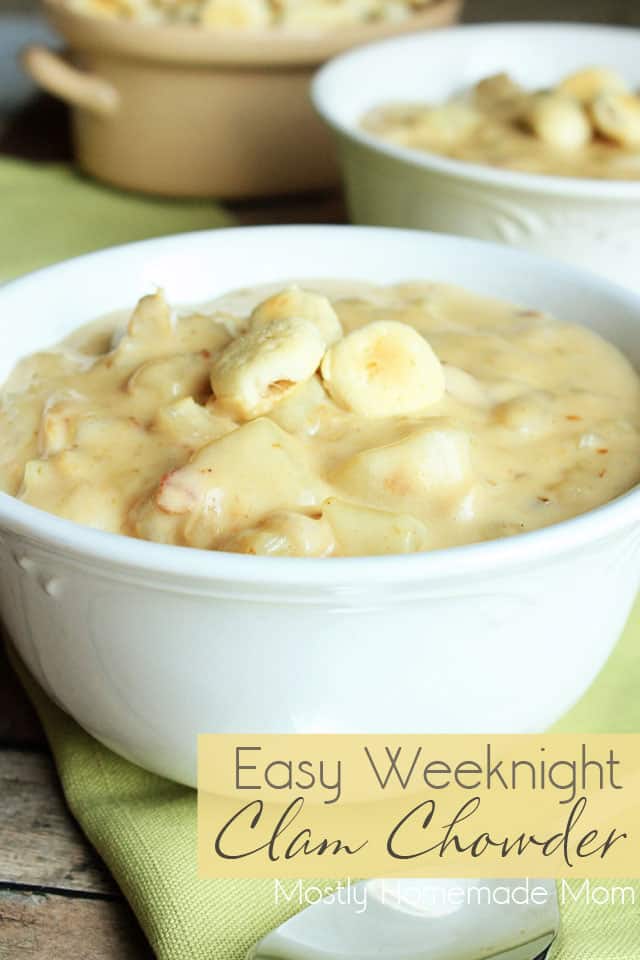 With such a rich flavor, it might be easy to assume that Boston Clam Chowder takes hours to cook. This easy recipe proves that’s simply not true! In as little as 45 minutes from start to finish, you have a wonderful, creamy New England Clam Chowder ready for your family!

What is the difference between Boston and New England clam chowder?

They are the same! Growing up in Philadelphia, we always called it New England clam chowder, but it goes by Boston clam chowder as well. I can’t resist the thick, creamy chowder in this soup!

As you can see from my photos, it’s white due to the evaporated milk and cream soups in the recipe. Manhattan clam chowder is typically a red broth. 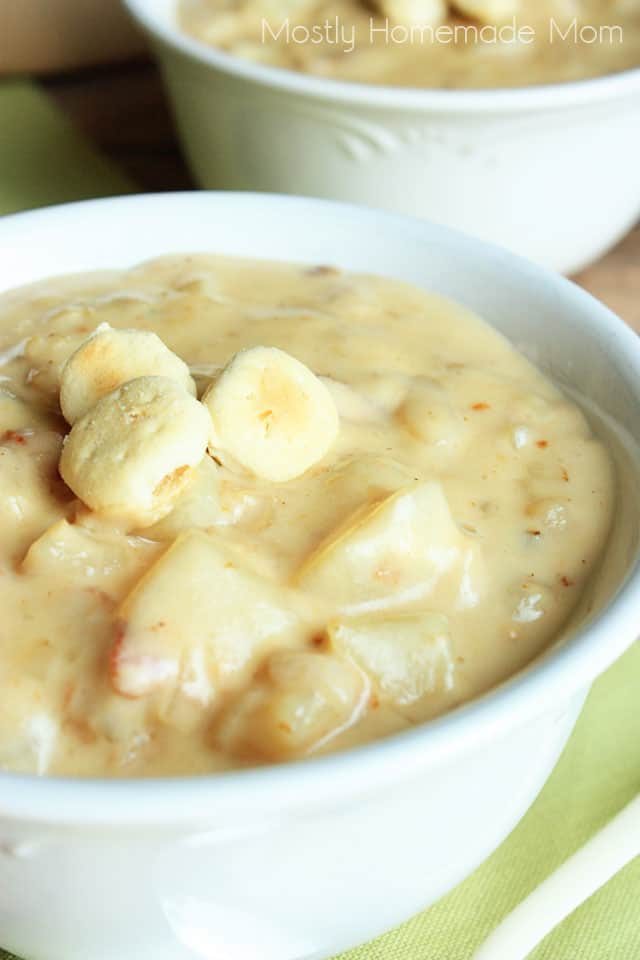 Where can I find chopped clams in the grocery store?

Canned chopped clams are typically found in the same aisle as the canned tuna, usually on the upper shelves.

How to make Boston Clam Chowder:

Saute bacon and onion in a stock pot until bacon is cooked and onion is translucent. Stir in evaporated milk and cream of potato soup. 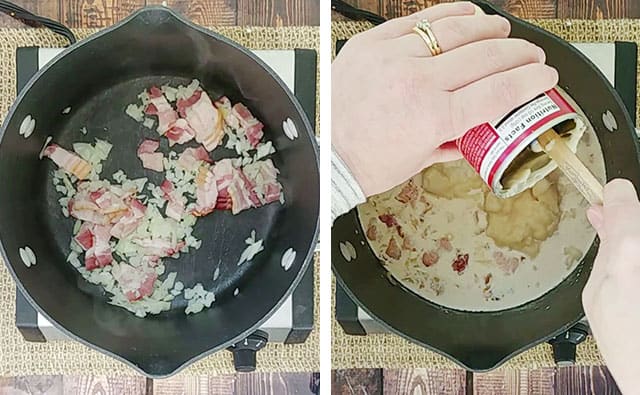 Stir in diced potatoes and chopped clams. Bring to a boil and simmer until potatoes are tender. 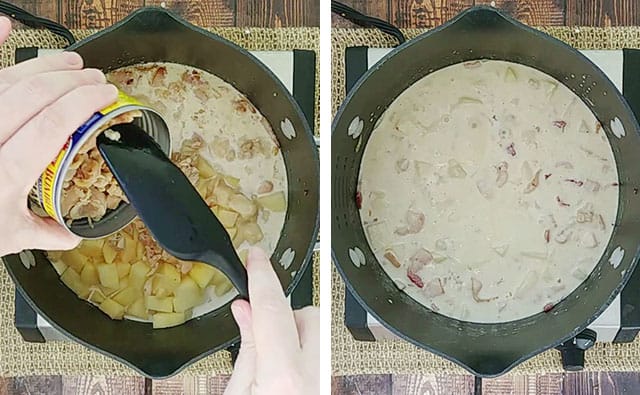 Can Boston Clam Chowder be frozen?

Yes! The texture of the potatoes will change slightly (they will be extra soft) after thawing, but the soup will still taste just as amazing. I like to freeze individual servings from leftovers for quick lunches.

More of my favorite soup recipes:

If you liked this recipe for Boston Clam Chowder, please leave a rating and a comment below this post! 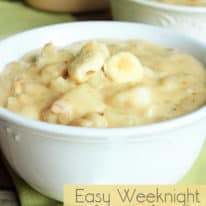 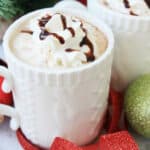 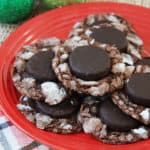 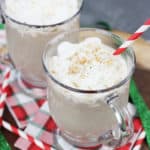 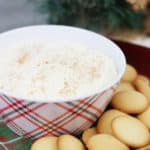 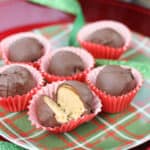