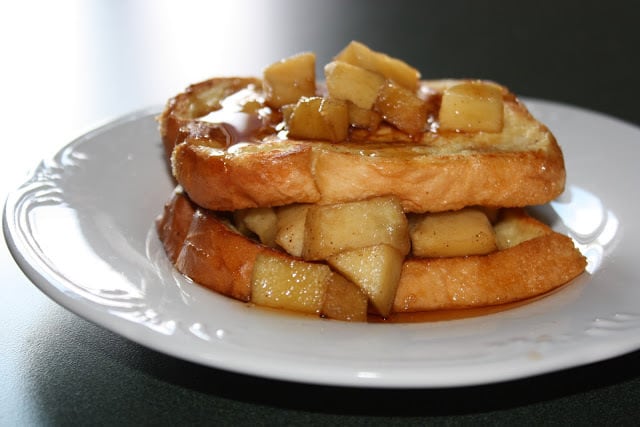 I saw this recipe on the Gooseberry Patch blog. They honestly make the best cookbooks ever. The cute way the recipes are written just make you want to earmark everything to try! I own three of their cookbooks and I can honestly say that every recipe I’ve made has turned out delicious, and this is one of them. 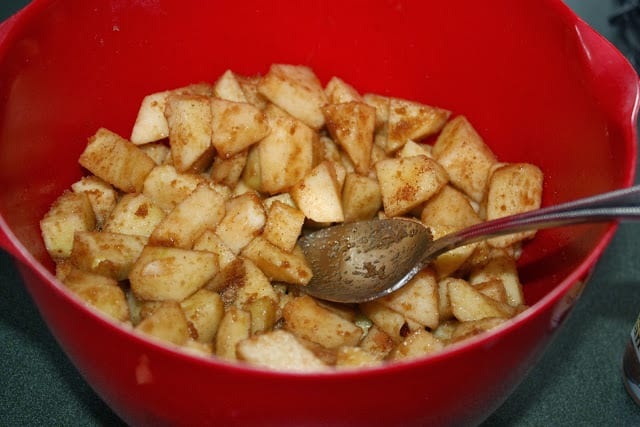 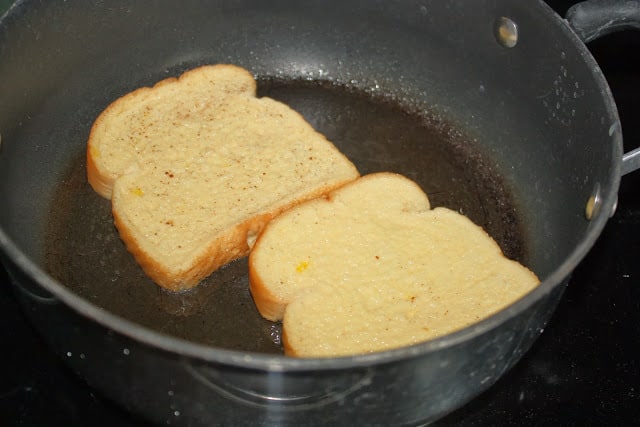 Dip bread slices in egg mixture and place in medium hot skillet. Cook bread until both sides are golden brown. To serve, spoon a generous amount of apple chunks between two slices of french toast. Drizzle with maple syrup if desired. **Just as a side note, the apples make an AWESOME ice cream topping, too! 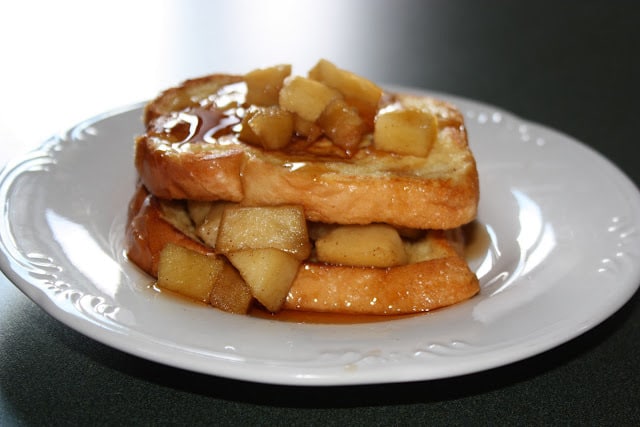